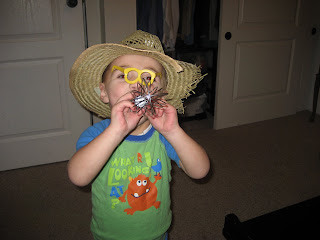 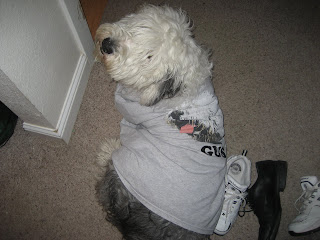 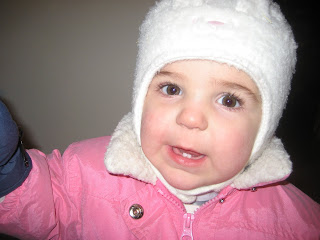 As a teenager, I hated babysitting. I really did. I didn't do a whole lot of it, and when I did, frankly, it just wasn't worth the money. I was the fourth of five children, and my little sister is just two years younger than I am. As a result, I came into motherhood with very limited experience around children. To compensate for my lack of exposure to wee ones, I became addicted to parenting books. I read all the advice these books had to offer. I took most of it to heart, and put some of it into practice. However, no where in all the books and magazines I have read, did anyone ever make mention of, or give warning to all the smells of motherhood.

A few days ago, I found myself watching an episode of Dirty Jobs with Mike Rowe. For those of you who don't know, this show follows the host, Mike, around the country filming him doing various filthy and stinky jobs. At the end of the episode Mike than makes a pitch to the viewing audience to send in suggestions for future episodes. As a mother of two small toddlers, I wondered... how has Mike never done an episode on childcare? This has to be one of the dirtiest, stinkiest jobs on the planet.

There is no need to even discuss the obvious sources of foul odors that little children can produce. It is the unexpected sources of stink that each new parent quickly discovers. One of the worst offenders: neglected and lost bottles or sippy cups of milk. Egads, the thought alone makes me shiver. The smell of curdled milk is unmistakable. Once you have been exposed, you instantly know the scent once it hits your nostrils. The other day I detected a faint odor of bad milk in my house. I knew I had to find the offending cup before the situation became worse. I crawled around my entire house on my hands and knees looking for the wayward bottle. I looked under beds, in the couch cushions, in all the toy boxes. I searched under chairs and tables, I threw back the cover of each child's bed. Despite all my efforts I could not find the milk.

The smell grew stronger and seemed to come form the area of the kitchen/living room. I searched again and still no luck. I asked Rex and Olive where they had put their cups. Rex looked at me, shrugged his shoulders, and said the fridge. I can tell you this much. This milk was not in the fridge. The smell grew slightly worse. By day five, I could no longer smell the milk. Once out of sight (or smell) it quickly became forgotten.

Yesterday, I decided to clean up my kitchen and the kids play area in our dining room. Over in the corner is the kids play food, grocery cart and kitchen set. On a whim, I decided to open all the doors and cupboards of their little kitchen. I opened the door to the little fridge and inside was a stray sippy cup. Right where Rex had told me it was. When I picked up the cup it actually felt heavy. I gave it a little shake and it was completely solid. Curious to the contents, I decided to look inside. The lid wouldn't even budge. The rotten, molded milk had cemented the cap onto the cup. I hesitated to try a little harder. Maybe a new form of cancer curing penicillin lay inside the cup. As I was debating, Olive wondered by and from her wafted an all to familiar and offending smell. The cure for cancer would have to wait. My kid's diaper was working over time and this was one smell that doesn't get better with time. As for Dirty Jobs; Mike Rowe, I challenge you to the dirtiest of all jobs...parenthood. You are welcome here anytime.
Posted by Camille Pixton Ashcraft at 9:16 PM 3 comments: 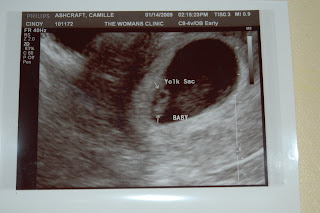 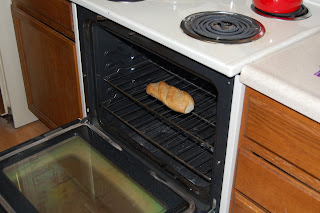 Look! I have a bun in the oven. 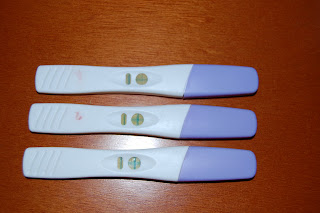 After three pregnancy tests, I was convinced that I might be pregnant. 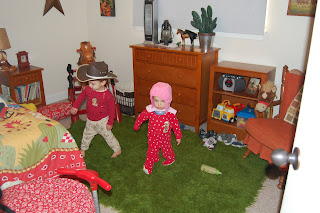 Rex and Olive dress up and dance for joy.

With each test I take, the big, blue, plus sign seems more and more undeniable. It has been confirmed. For me, kissing can result in pregnancy. According to the ultrasound, our new bundle of joy is due to arrive on 09-09-09. This pregnancy occurred in record time. 12 days after deciding to start trying for another kid, we were pregnant. For the record, we didn't even find time for each other more than a couple times. So, it is almost unbelievable. I almost feel cheated. We didn't get to try for very long. With Rex, we were pregnant in 17 days, and with Olive, I was on birth control when I got pregnant. Richard and I don't even dare wash our underwear together unless we are sure we are ready for more kids. I guess we are ready. If the baby is a boy, chances are his name will be Ike Earl Ashcraft. If it is a girl, I love the name Lola, and Richard likes Tess, so her name will probably be Ivy Camille Ashcraft.

As for Olive,her white blood counts have been horribly low all month and her bone marrow is struggling to recover. She was scheduled for chemo last Friday, but her counts were short by 520. Yesterday, my birthday plans included a day with my daughter at the cancer clinic. We arrived shortly after 8:30, by 10:15 we were home again. Olive's white blood counts are 60 cells too low. We are hoping she will be eligible by Wednesday. What does all this delay mean? Medically, I am not sure. Olive will probably have to start receiving daily injections to stimulate her bone marrow. For me, it means we won't be done with chemo until after the new baby arrives. Not ideal, but what can you do.

As for Rex, he doesn't want a baby brother, or a new girl baby. I hate to break it to him, but there is no turning back now, boy or girl, a new baby is coming.
Posted by Camille Pixton Ashcraft at 9:36 AM 8 comments:

32 years ago, I showed up at my own birthday party completely naked. My life hasn't been the same since.
Posted by Camille Pixton Ashcraft at 7:17 AM 6 comments: