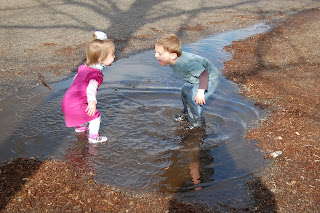 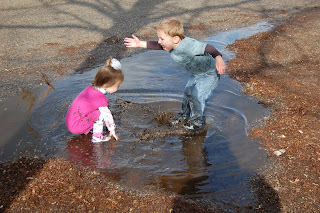 Being a grown up is completely overrated. Once upon a time, my life was my own. I pretty much spent my time thinking, doing and being whatever I wanted. Then I became a grown-up, and by that I mean homeowner, tax payer, wife and mother.

As an eight year old, all I wanted was to decide for myself when I would go to bed. I hated nothing more than hearing my friends outside playing on those long, summer nights while my mother enforced our rigid eight o'clock bedtime. Currently, I am thinking about upping the kids' bed time to 7:30 because by 7:00 I need a nap. By 9:00, I have fallen asleep on the couch. Around 11:30 my husband usually tells me to go to bed. This always makes me mad. Doesn't he know I am a grown-up. I will decide when my bedtime is.

As an eighteen year old I realized just how much the government was taking from my paychecks. Taxes have been lame ever since.

By the age of 28, I thought I had done my share of dating and living on my own. I was ready to be a wife and mother. I started with wife hood. At first, it was weird making life decisions with someone else's input. Then I became a mother. My kids dictate everything now. Don't be fooled parents are not in charge. 2 and 3 year olds are in charge. They decide when we eat, sleep and even go to the bathroom.

Speaking of bathrooms, currently we are in the midst of potty training. I fully believe it should be called parent training. In the past week, I have learned to drop anything and everything when Rex indicates, either verbally or with his 'I gotta go' dance, that he needs to use the bathroom. I have decided that often times he fakes like he has to go just for entertainment sake. He likes seeing what he can get me to stop doing at a moments notice, including using the bathroom myself.

In addition to helping him up on the potty forty to fifty times a day, he has trained me not to yell about wet spots on the carpet or poopy SpongeBob underwear. This is parent training at its finest.

Originally, my plan was to send Rex to the first grade still wearing a diaper. I figured he would come home one day completely embarrassed, and tell me that all the other kids were wearing under-roos and he was ready to join them. I would tell him to quit wetting his pants and the whole process would take about five minutes. This plan is no joke and I had every intention of following it. Then my mother intervened.

We were talking on the phone early one morning when Rex walked in carrying a clean diaper. He informed me that he was stinky and needed his diaper changed. My mother could not believe what she was hearing and insisted that he was ready to be potty trained. He might have been ready, but I was not. I figured my mom lived three hours away, and couldn't force me to do anything. The next day she showed up at my house with a box of pull-ups and about twenty pairs of Elmo and Buzz Light Year underwear.

Rex was as excited as I was about this potty business. He was furious about not having a diaper. We put his little underwear on and he ran around the house screaming at the top of his lungs. in the meantime, Olive came wandering in with a pair of his underwear pulled on over the top of her diaper. As my mom and I debated whether I should train both of the kids at the same time, Rex came running in completely naked and carrying a diaper. I asked him where his underwear were but he refused to talk. A search around the entire house, and I could not find his underwear anywhere.

By seven that night, both Rex and I were exhausted from a day of crying our eyes out and wetting our pants. Olive was still wearing Rex's underwear, which only made Rex even more upset every time he saw her. That night as I got the kids ready for bed, we both gave a sigh of relief when I strapped his diaper on under his pajamas. As I tucked Rex into bed, I found his missing underwear. They were wadded up and shoved under his blankets at the foot of his bed.

In a little over a week, Rex has gotten very good at using the potty. I have decided that maybe Olive can be potty trained before the first grade as well. With my change in attitude and Rex's potty time achievements, I would even go as far as to say that the potty/parent training has been a success.
Posted by Camille Pixton Ashcraft at 8:45 PM 10 comments: