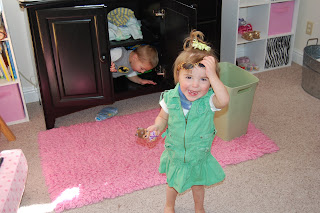 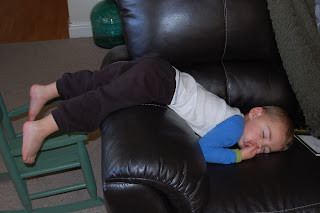 Wow...it has been a really long time. Is anyone still out there? Am I still here? These are all good questions. I can't believe five weeks have passed since I last checked in. A lot of stuff (not all of it fun) has been going on around here. As a result, my motivation level for doing anything more than some basic hygiene rituals and cooking some macaroni and cheese have plummeted.

We just returned form LA where Richard and I spent the weekend attended the unexpected funeral of his uncle Kent. Kent and Harold (Richard's dad, and Kent's brother) have been business partners and neighbors for the past 21 years. Between the two of them they have helped each other raise the 13 kids that exist within the two families. Needless to say, they are all very close.

Last week, while hiking with one of his sons in the Sierra mountains, Kent fell to his untimely death. It has really shaken the entire family. Richard, who had hiked with Kent on numerous occasions knew right where he fell. It has been one of those occasions that really make you stop and take inventory of your own life.

Tomorrow I hope to get back into the swing of things. In the meantime, potty training continues...Rex is great about not wetting his pants...BUT, when I can't find him, I know he is in a closet somewhere pooping them. Apparently he has no shame about pooping all over the face of his beloved Spongebob underroos.

As for Olive, she is finally growing some teeth. Chemo has slowed the growth, and she has had the same 6 teeth she had a year ago. However, today I spotted the edges of three new pearly whites.

For little baby Ashcraft, our ultrasound went great. All the parts are in the right spots. That is always a relief. We did not find out what we are having, but after much debate we have finally settled on some names. If the baby is a boy, his name will be Ike Earl Ashcraft. If it is a girl, after the elimination of Lola, Dot, Ivy, Phoebe and Cricket we have decided her name will be Violet Camille. Personally, I think it is a girl.

One more side note, I might not be the only one pregnant in this household. Richard has attempted to breed Maggie with a dog named Napoleon. Since this is a family friendly blog page, and my mother is easily embarrassed, I will not go into details. However, It makes for a great story, that I do enjoy telling, so if you ever want to know, just ask.

As for now, I am off to brush my teeth and call it a day, but I promise to return before the end of the month.
Posted by Camille Pixton Ashcraft at 10:01 PM

Camille... I'm so glad you remember me! I miss you. And, I've enjoyed reading your blog. I'm reminded of how candid and funny you are! We should get together! Wanna??? I am sooo bored most of the time, I would love to hang out! Let me know. (Wait. You're in Boise, right? I'm in Meridian...)

It is good to see that you are still out in cyberspace. I know how hard that basic life can get sometimes. I've experienced a little of that lately. Did you hear that Zac and Nicolette had their baby girl last month? We went to Florida last week to meet her. We are anxiously awaiting our little twin girls very soon!

You're back blogging! :) Gotta blog about the crappy times too,..it's ultimately what molds us. HOpe things are going a little better for you guys. Love ya! :) P.S. Yes I am still pregnant and YES I am miserable.

Well, Cami, I hate to break it to you... but yesterday was the end of the month :) I guess I'll let it slide just because you are the pregnant mother of two :) jk. Hope everything is well.

Promise to return by the end of the month huh? HA! ;) Get bloggin,..and get your booty over here to see these adorable little girls of mine. Hope all is going well. :)